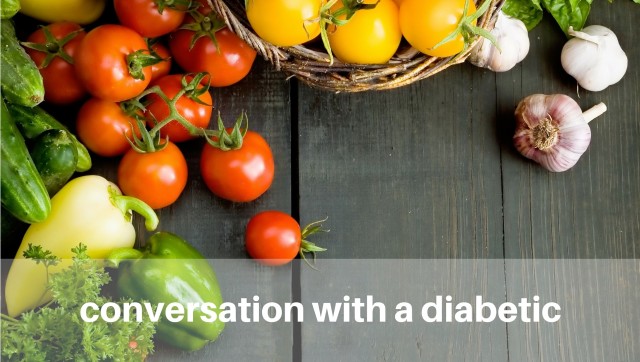 The line for coffee was long, and the guy at the head of the line ordered a Diet Coke.

Diet Pepsi was fine for him, but back at the end of the line where I was, his order triggered commentary on the taste of diet drinks. Everyone had their favorites (Coke Zero if I have to choose, btw).

I mentioned growing up on Tab and Fresca, as my mom was a type 1 diabetic. The woman in front of me hated diet drinks, period. She grew up on Diet Shasta (yuck). She’s been a type 2 diabetic for over ten years. Insulin resistant. Metabolic syndrome. The works. She prefers Mexican Coke.

The woman is 30-40 pounds overweight, has a sedentary job, and in her words, doesn’t really exercise because she’s so active on the weekends (she then listed all her kids’ sports activities and complained about all the driving and sitting time). She watches what she eats. She “eats healthy.”

She went on to tell me about her doctors and her many medications. How type 2 diabetes is supposedly genetic, but that “it can’t be” because she’s the only one in her family to have it. “It’s not fair” was a common phrase during our conversation. She also repeatedly told me that no one knows what causes it, but the numbers of diabetics in the population keep rising. It’s a mystery, she said. I’m paraphrasing.

She brightened up, then. She’s got a new doctor, she said, and he has promising news. He looked at her meds and feels confident that he can change them up and “have her good soon.”

Of course, she said, that means medication still, but fewer of them. Soon she hopes to be able to stop worrying about what she eats. It’s not a cure, said the woman, but she’s tired of always watching what she eats.

She grabbed her bagel and large blended drink, and said goodbye as I headed to a table.

What do “normal” people know about type 2 diabetes?

When I got online I looked up mainstream info on type 2 diabetes.

I ignored alternative, low carb, paleo, vegan, vegetarian, and primal sites. Not because they might not be right, but because I wanted to know what “normal” people thought, knew, or were taught about type 2 diabetes. Web MD is pretty mainstream, I think.

“While not everyone with type 2 diabetes is overweight, obesity and lack of physical activity are two of the most common causes of this form of diabetes. It is also responsible for nearly 95% of diabetes cases in the United States, according to the CDC.” – WebMD

People hear what they want to hear

The woman, who seemed otherwise logical, went on and on about the various mysteries behind her disease, including rolling her eyes at at her conversation with a nurse in the ER, who told her that “as a diabetic, she shouldn’t be drinking sugary drinks like soda, juice, and Gatorade.”

“I don’t know where she gets that,” she said. “What does that have to do with anything?”

People hear what they want to hear.

If you’re diabetic, have metabolic syndrome, allergies, a food intolerance, or are just overweight, you are likely annoyed that many of your friends can eat and drink whatever they want and sit on their butts all day and be slim, trim, and healthy. Damn genetics!

Yes, genetics is a factor, but it’s just a factor. If you’re genetically susceptible to bunions, but don’t wear shoes like your mom did, you probably won’t get bunions. Take that genetics! 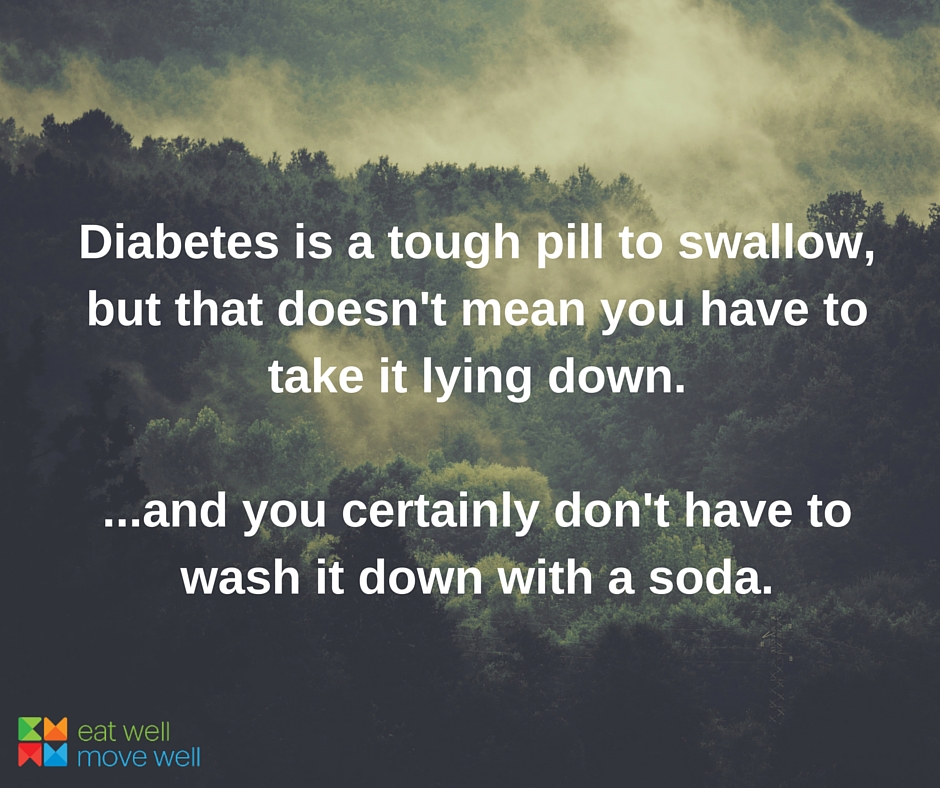 What can I do?

Several times she asked “what can I do?” I assumed it was rhetorical, but there actually is an answer for people who want to hear it.

As soon as you’re ready to take your life and health into your own hands, talk to your doctor.

Tell your doctor that you want to change your life.

Tell your doctor that your goal is to one day get off meds if possible, even if it means eating differently, ditching the sugary drinks, exercising and walking more.

My friend Doctor Spencer Nadolsky is a Maryland family doctor and bariatric physician. He is a great example of a doctor who helps his patients via diet and exercise, first. Dr. Nadolsky uses medications when necessary, but he successfully gets patients back to good health, regularly, and often off medications.

Are you and your doctor on the same page with your goals? Have that conversation.

What can you do about type 2 diabetes?

That’s the “secret” no one wants to hear? That it takes change. And it can be hard. Especially at first.

Diabetes is a tough pill to swallow, but that doesn’t mean you have to take it lying down.

But, know that you are in control of your own body, whether life’s fair or not.