There are some ideas, inventions, theories, and devices that come with the baggage of good intentions.

Yes, baggage. Because it sounds good, and someone, somewhere meant well, these things are rarely questioned, and continue to waste our time, our money, or even cause damage.

Yes, as they say, the road to hell is paved with good intentions, or in this case covered with a rubbery belt that moves under your feet.

That’s actually the problem with this device which was developed with the best of intentions; the belt moves under you, forcing you to stop yourself from ‘falling’ rather than pushing off with the trailing leg. 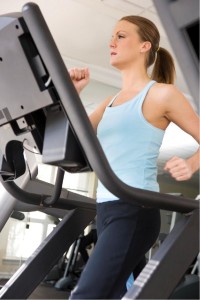 My friend Katy Bowman writes about treadmills and treadmill desks, here, but here are the parts that jump out at me.

Treadmills might burn calories and even increase your ‘conditioning,’ but at what expense? What does this do to already goofy gate patterns caused by too much sitting and not enough regular walking?

To quote my blogger/podcaster friend Angelo Coppola “What, you don’t have ground where you live?”

Instead of a treadmill, walk more.

Instead of a treadmill desk, sit, stand, sit on a Swiss ball, stand on one foot, sit on the ground, and take a lot of breaks to walk. Basically, change your position regularly and frequently, and take a lot of walks, no matter how short.

Pressure cookers are the new magical paleo-diet kitchen implement, and only one step less primitive than sous vide cooking or those plastic bag liners for your slow cooker.

What’s so awesome about them? The speed. People use pressure cookers for convenience, because who wants to plan a meal ahead of time?

Yes, they cook beans really fast, but people are starting to use them to cook unsoaked, unfermented beans. Soaking and fermenting overnight, then dumping the water before cooking is a time honored tradition that breaks down and converts many of the things that your body shouldn’t be handling into things it can handle better. If you insist on using a pressure cooker, don’t skip the overnight soak and dump.

Bone broth isn’t just a disgusting name for soup stock you know? Making bone broth takes time. Like 24 hours or more kind of time. Pressure cookers work by magically increasing the temperature at which water boils, but that doesn’t mean that it magically compresses time, as well.

Cooking hotter doesn’t necessarily break down the bones, although it might create delicious soup stock. Still, it’s not bone broth unless it’s cooked for a loooong time. To give you an example, if you can cook a roast in 2 hours on the stove and 1 hour in the pressure cooker, it will likely take 12 hours to make bone broth in the pressure cooker vs 24 on the stove or slow cooker. That’s still a long time, and you can’t go to work with 12 hours left on the clock…

The pressure cooker, itself, is not unhealthy, but like most tools, it’s what you do with it that matters. Personally, I don’t have room for another tool that only makes things cook faster. Yes, they make a pot roast really tender, faster than the Dutch oven ever could, but do we really have to cook this fast? I’ll use my slow cooker, instead. It takes longer to cook, but there is less hands-on time.

Instead of just a pressure cooker, try a slow cooker, too. If you only have room for one, my vote is for the slow cooker.

James O’Keefe says it pretty well in his TED talk titled “Run for your life! At a comfortable pace, and not too far.” 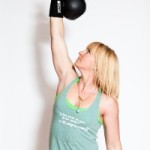 If you’ve been eating the modern technological diet or the past fifty or more years, then an honest fruit smoothie will be boring, bland, and not sweet enough for you.

If you’ve been eating the modern technological diet or the past fifty or more years and you’re really enjoying a fruit smoothie right now, then it’s probably an artificially sweet concoction from a fast food joint, coffee house, or juice shop. …despite their advertising it as healthy and ‘fruit.’

If you’ve been on the paleo diet, the Primal Blueprint, The Real Food Reset, or just plain ‘eating clean’ for the past few years, then an honest fruit smoothie might be delicious to you. …but, it’s still a treat, a dessert, or part of your 10% meals.

To all of you I say “Just because ‘it’s fruit’ doesn’t mean that it’s not 600 calories of sugar with some vitamins.”

Be honest with yourself. Please.

Instead of commercial smoothies, which are sugary, fruity treats, make them at home, instead. Use plenty of veggies instead of just fruit, and use a good blender rather than a juicer.

I keep waiting for this egg white thing to go away. It never dies, just like people don’t die of heart disease from eating egg yolks. The myth that eggs are bad for you was long ago dis-proven! 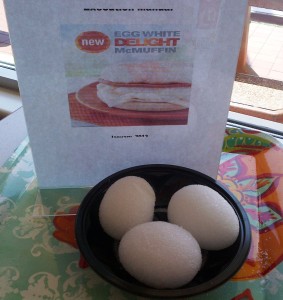 Yes, this is McDonald’s actual display, complete with the ironic use of Styrofoam eggs

Here is one of the latest studies (BMJ 2013;346:e8539), published just three months before McDonald’s unleashed the Egg White Delight McMuffin on its vast health conscious consumer base.

2011? It took them two years to come up with this thing? Hey, McDonalds! The ’90s called. They want their low fat diet back!

I don’t recommend McDonald’s, but the traditional Egg McMuffin has 300 calories and tastes pretty good (so I hear), while the nastier Egg White Delight McMuffin has 250 calories. How are those 50 calories going to change your life? By removing the healthiest, most vitamin rich portion of the meal, that’s how!

Are there any that I missed?

There are plenty of ‘cool’ inventions and theories out there, and not a lot to stop them from veering off path …where it’s not even paved, much less with good intentions.

3 thoughts on “5 great ideas that you can skip”