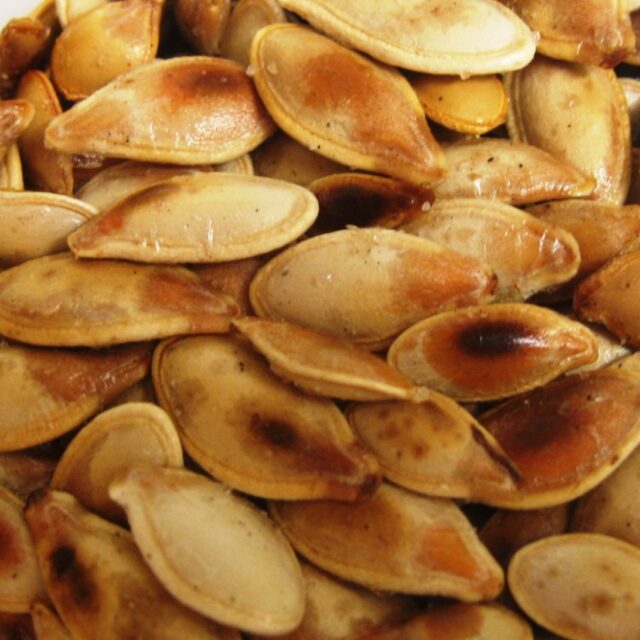 Pumpkin seeds aren’t the only seeds you can roast. Did you know that you can make delicious, roasted seeds from almost any squash?

And yes, a pumpkin is just another squash.

We eat a lot of squash around here. Spaghetti squash and butternut, mostly, but all winter squash is fair game for us, including pumpkins.

And, they all have seeds!

I hate to waste pumpkin seeds, but also I just love them.

My recipe for pumpkin seeds is not revolutionary, just simple.

The best part about it is that it allows you to easily make a variety of flavors as easily as you would normally make a big tray of simple salty ones. 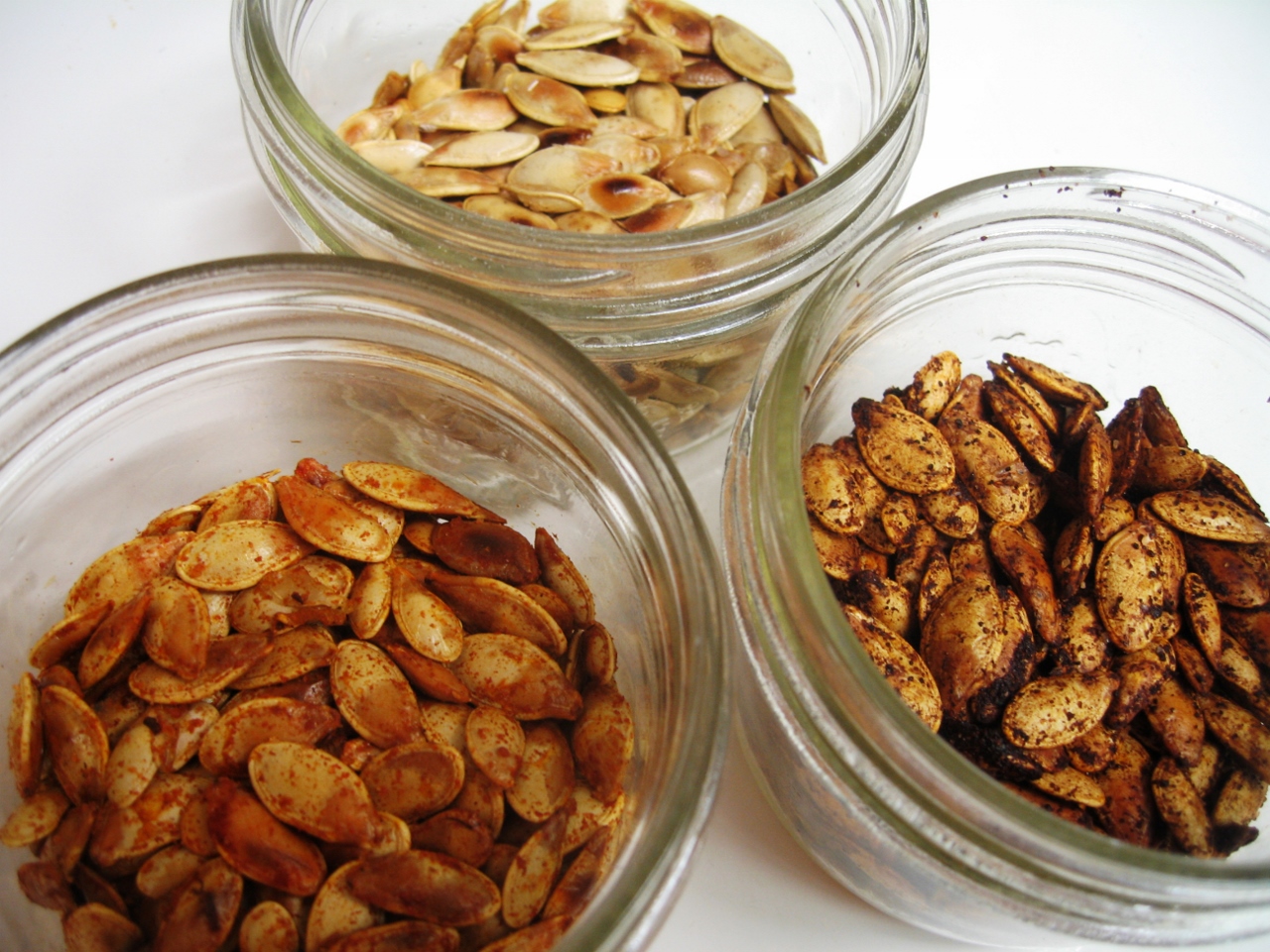 A big pumpkin will generally yield about a cup or more of seeds, but strangely, the small pie or sugar pumpkins can hold even more.

Most small squashes have smaller seeds, but lots of them.

Feel free to mix and match. You can also collect and dry them over a week or more, then roast them when you have enough.

The seeds of different squashes are all different sizes, meaning they cook at different rates.

If you have a variety at the same time it’s best to cook them separately and mix them together after cooking.

First, scrape the seeds from one or more pumpkins or squash.

Spread the seeds to dry on clean dish towels and place it in a warm area, preferably with warm, moving air. The top of my refrigerator works great for me. Stir and turn them a couple of times a day for best results and less sticking.

When they are dry, it’s time to roast them.

While dry roasting sounds good on paper, it also means the spices don’t stick, so just give up on that idea right now.

Before the roasting happens, we have to get the seasonings ready. Ready?

You’ll need three bowls large enough to stir your seeds and some spices without making a mess.

Cereal bowls work well, and they will appreciate the company now that you no longer eat cereal! haha! I kid… sorta.

In a perfect world, just use three jars with lids, which you can use to shake the seeds and spices instead of stirring. Less cleanup, too, since you’ll also use them later to store the seeds.

Each of the following spice mixtures is to season about 1/2 cup of seeds, so adjust accordingly depending on how much you’ve got.

I’m listing the spice mixtures first because you need to have them ground and ready in the jars or bowls before you’ve roasted the seeds. So, get the three mixtures ready now, then get to roasting. 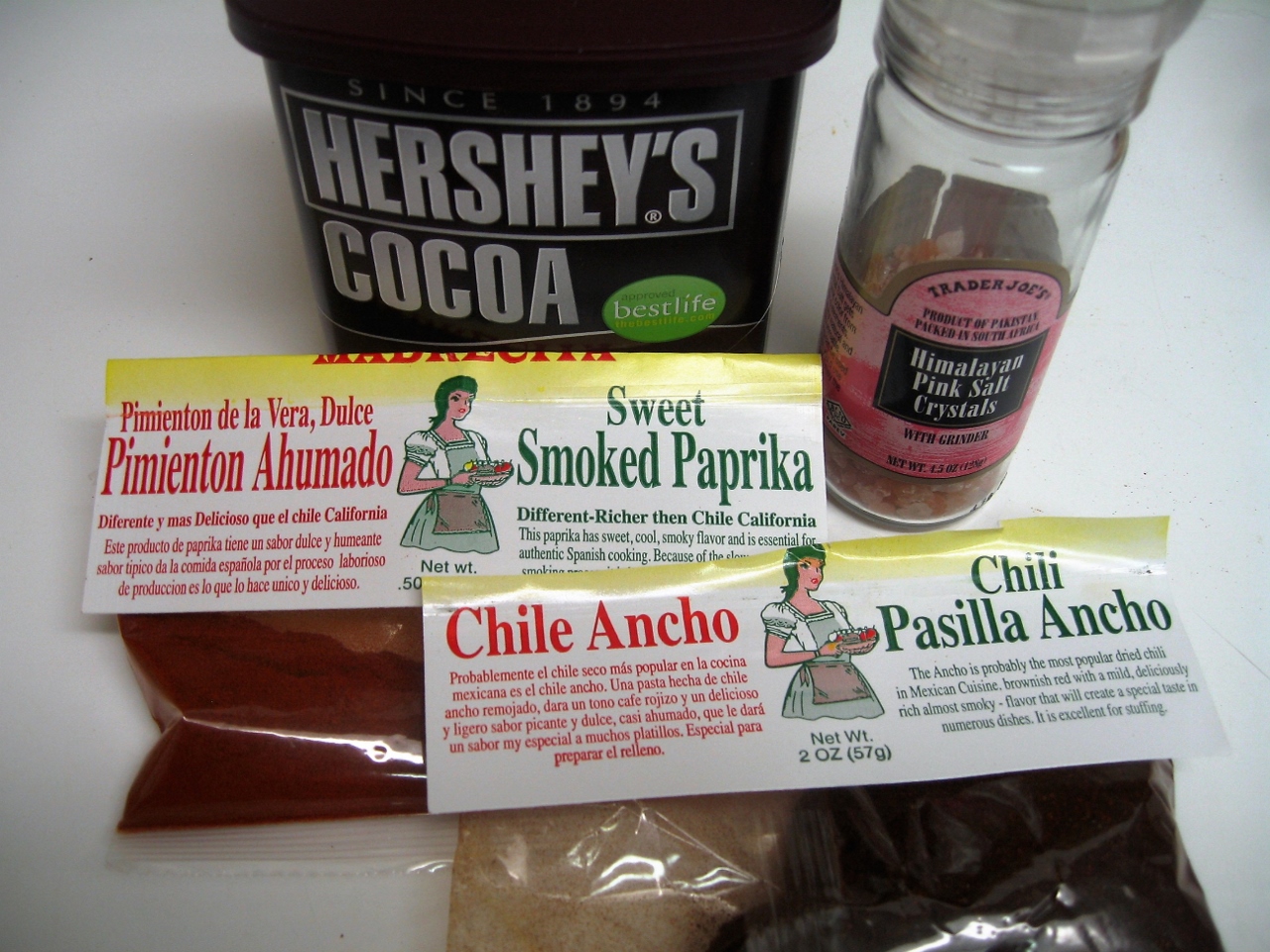 A few of the spices used today

I don’t know about your kids, but most kids are boring when it comes to pumpkin seeds and only like the ones that are seasoned by salt only.

I can add “exciting” variety by using more or less salt, coarse salt, fine salt, Himalayan salt, and sea salt. Sometimes I use butter instead of coconut oil, but aside from that, pretty basic stuff.

Even though my own kids tell me to make all the seeds with just salt, I do not.

Second, they won’t eat them all anyway. They just think they will.

So nod your head, and wait a minute. They’ll put their earbuds back in and go away, and you just do what you want.

I like spicy. I grew up mild, but at around 20 years, I was suddenly thrust into the world of chili cookoffs and hot salsas via my old boss, Mike.

Because of Mike, I’m a chili fan, a chili purist, and I also enjoy really spicy foods. My family, however, not so much.

That does mean that I get to keep my bottles of devil sauce to myself, yet rarely get to make foods that are spicy in and of themselves.

Today, I made mine smokey but not too spicy, using smoked paprika, which is hotter than the sweet paprika, and tastes deliciously like a milder chipotle chili.

Yeah, I think I know you. You like the sensual touch. A bit of spice in your food, balanced out by something sweet maybe.

A bite of ginger in your cheesecake rather than a drizzle of overly sweet topping.

You can be lured in by a promise of mouthfeel, a tingle on the tongue, or that flush of temperature that mysteriously comes from some ingredient in the dish or from somewhere deep within yourself.

It could be your soul. We don’t always know.

You, my friend, are the reason I make mole sauce from scratch, put luscious mango slices alongside my cheesecake, and use foods like crème fraiche instead of whipped cream.

You don’t need to know what mole (pronounced ‘molay’) is, but just know that it’s a Mexican sauce that’s typically made of chocolate, spices, and fruity ancho chilis.

Mole can be sweet, spicy, savory, or all of these at once. It looks and tastes beautiful on anything and everything.

While it’s a decadent and sensual little sauce most of the time, as a spice on your pumpkin seeds, it warms the mouth and leaves your lips tingling from the spice on your fingertips, all the while almost satisfying that inner desire for chocolate, and encouraging bite after bite. 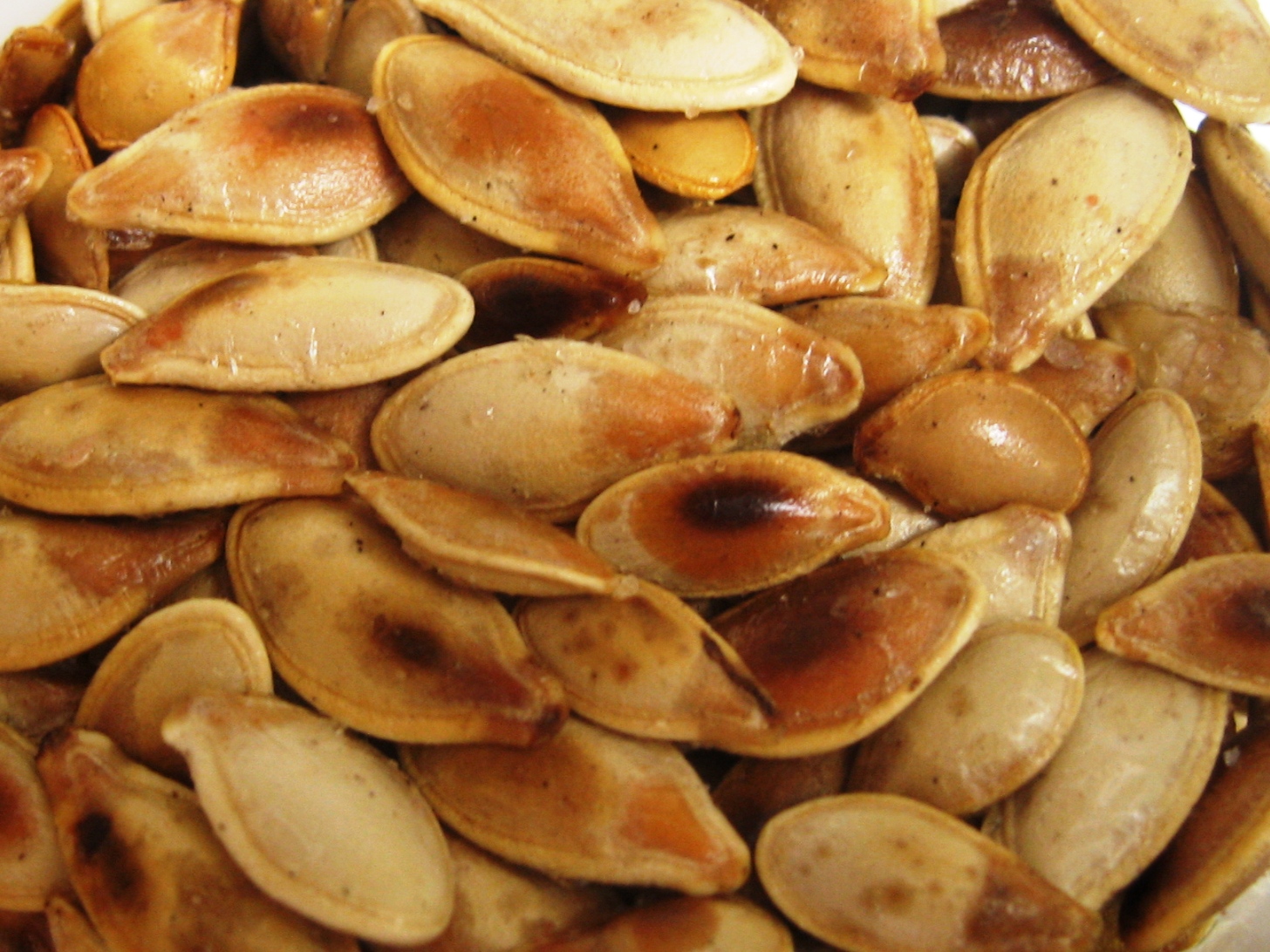 In a large skillet, heat the fat over medium-high heat.

Be especially careful of the butter, because it can brown if too hot. When in doubt, do with lower heat and roast longer.

Add the seeds and stir to evenly coat with the melted fat. Stir and shake periodically, until the seeds are puffed up a bit and have browned spots throughout. Periodically remove one, let it cool, and test it for doneness. It should be crisp, hollow, and tasty. That’s called “done.”

Ready to season the squash seeds?

One at a time, mix the squash seeds and the spices by stirring in the bowls or putting the lids on the jars and shaking well.

After shaking, remove the lids and allow the seeds to fully cool before serving or covering them again.

The seeds keep well for days, covered tightly in their jars. 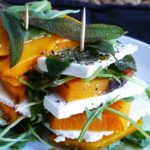 Try one of Galina’s best!