…what is with this n=1 thing, and did cavemen really do all this complicated sh&t?

Galya and I get a lot of questions during consultations and client meetings, not to mention via Facebook and email. Many questions are common or interesting enough to share, so here we go!

Question – I hear a lot about IF (intermittent fasting). Should I try it?

Answer – I tell most people that they don’t need to do IF (intermittent fasting), but that  you should be able to IF.

Even when IF isn’t valuable, in and of itself, the skill of being able to do it, is valuable. Being able to go  for quite a while without food is normal, and if you can’t go even a few hours without blood sugar crashes or hunger without hitting the panic button, then this could be an area of concern.

Still, valuable skill or not, jumping right into it is not recommended if you have metabolic issues, but it can be a goal.

Losing fat, eating smarter, improving your insulin sensitivity, and getting your body more ‘metabolically flexible’ can all help quite a bit. It might take time, but in the end, being able to ‘go without’ for an extended period of time, without feeling like you’re going to die, is a sign a better health.

Intermittent fasting is not a miracle diet technique. In fact, many women find it detrimental to do over long periods, and have slowly drifted back to more regular eating. Not all, but some.

If If works for you, then feel free, but remember that just because you feel fine doesn’t mean it’s actually working for you (see n=1, below).

Question – Why does everyone say ‘n=1’ like it’s a good thing?

Isn’t that like saying ‘it worked for me’ and ignoring evidence?

Answer – It can be, yes? It can also be a glorified name for testing to see if ‘it works’ for you. At it’s most simple, ‘n=1’ means the sample size of your study was just one person; you. In the nutrition nerd world, the term n=1 is flying around like nobody’s business! Thinking in these terms is good and bad.

The good part is that you can take something (safe) and try it. Assuming there are no big negatives (costs, health, etc.) then you can feel free to keep on keeping on. Just know that it hasn’t proven anything.

The bad part is that the mere use of the term gives it the illusion of being proven, when it’s still merely ‘trying it to see if it appears to work for you.’ It doesn’t really prove anything, and appearances can be deceiving. 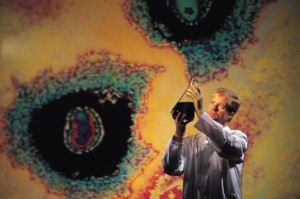 I try to give people the benefit of the doubt, and assume that most fans of trying this n=1 thing are mildly tweaking some methodology that’s based on actual science, but it’s not always the case. Sometimes it’s wishful thinking.

There are certainly legitimate n=1 experiments, like testing to see if you feel better eating a lower carb diet, trying to walk more to lose fat, or taking a certain supplement to feel better.

Buuuuuut, just because you experience a positive or negative from your ‘study’ doesn’t mean that it would work that way for everybody OR that it even worked that way for you. It’s often hard to tell if the supplement, food, or exercise was single-handedly responsible, worked in conjunction with something else you added or subtracted, or even be because of the placebo effect. You’ve proven nothing.

People have been mistakenly relying on the n=1 mentality long before the term caught on in the paleo, low carb, primal, and ancestral eating movements. In fact, the Clean Eating trend of 5-10 years ago was often peppered with such n=1 greats as ‘I feel fine,’ ‘I’m doing fine,’ ‘it works for me,’ and more.

I like to remind people that they ‘felt fine’ eating butter before they were told not to in the ’60s, but gave it up for margarine.

They felt fine when they were eating the transfat based margarines of the ’70s and ’80s, even as they were silently wrecking us.

They felt fine when they were eating low fat foods that were really high carb, high sugar foods and driving our blood sugar levels crazy.

If you use n=1 as your model, you might feel fine, but that doesn’t mean you’re doing fine.

Question – The paleos make the lives of our ancestors seem so simple and pure, so why do they make things so complicated?

I find it hard to believe that the cavemen were simultaneously eating coconut, brazil nuts, kombucha, sauerkraut, fermented cod liver oil, and all these other exotic foods and supplements, not to mention doing Crossfit, MovNat, and swinging kettlebells, but sometimes they act like you HAVE to eat these things to be healthy. 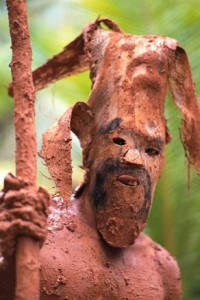 ‘I recommend you take 4 fish oil capsules 3 times a day, 16oz of kombucha, and make sure to eat a variety of superfruits, fermented cod liver oil, plus lots of sea vegetables. …and dark chocolate on days when you really killed your WOD!’

Answer – You are correct, no one primitive culture ate all of those things; they lived at different times, different places, and in different climates. For them, things like food and exercise were probably pretty simple.

They didn’t exercise; they worked. For us, the modern sedentary man, exercise is a supplement for the work that we don’t need to do. When I read someone post that kettlebells are primal, I roll my eyes, but I am happy they exercise. MovNat and other primal movement systems are an attempt to get us moving closer to how we would have back in the olden days, and it’s a fun thing to geek out on. Is it valuable? Sure is, but so is walking and other exercise. Crossfitters were early adopters of ancestral eating, so they have a bias, there. It’s not any better than a good workout plan from a book, and it’s certainly not better than a workout plan customized to YOU!

One thing to keep in mind is that many people came to the paleo, primal, and ancestral diets because they were or are sick in some way. Better food choices helped them to feel better, but they may not be back to 100% yet (if ever).

When you are or were ‘sick’ you may have long lasting effects to health and metabolism that only particular foods, nutrients, and supplements can help.

In addition, many modern foods are less nutritious than the foods of yesteryear, much less those from the days of yore. In order to make up for that, many people fine-tune their diets in an attempt to get the nutrition that they need or want. Again, compromised digestion, hormones, and metabolism can make this more complicated for some, while leaving others to do just fine eating and living more normally.

There is also the contingent who wants to optimize, or ‘bio-hack’ themselves. It might really be worth it to them, even though it’s not worth it to you, and they might forget that what’s fun for them is work for the rest of us.

Finally, there are paleo-types who do keep it simple, but they tend to be less vocal. They tend to feel good (or good enough) and don’t care or need to take things to the next level. Remember that ‘not worrying’ can help stress levels, and lower stress is a key feature of good health.