A battle cry of wishful thinking

Whether or not we have adapted to something or not is a frequent topic of discussion amongst personal trainers, nutritionists, and fitness enthusiasts.

Personal trainers, yogis, and movement specialists love to tell us we haven’t adapted to our more sedentary lifestyles and lack of movement (I agree).

Yet those same people will often use the argument ‘I’m doing fine’ to dismiss the idea that they might not have adapted to a diet rich in grains and modern day foods, even as they hope they don’t one day get the same type 2 diabetes that their Grandpa got (“it’s genetic on my Mother’s side”).

The nutrition types will often argue that we are not built for diets rich in processed foods, seed oils, and with a grain heavy emphasis (I agree).

Yet those same people often argue this from behind a desk and keyboard (often all day long), and tell us that their aching backs and flat feet are genetic, because ‘Mom had a bad back, and Dad had fallen arches.’

Before you argue that ‘you’re doing fine,’ consider that you could be doing better.

Before you dismiss something, consider that you might just love the things you’re afraid you’ll have to give up, and that might be heavily influencing your thoughts.

No one likes change when it involves making a hard choice or giving up something you love, but didn’t your Dad cure you of ‘it’s not fair’ when you were a kid?

Before you succumb to your ‘inevitable genetics,’ consider that Mom, Dad, or Grandpa might have been able to do something about it, but didn’t.

Since when is “I’m doing fine” evidence of anything?

Were these people actually feeling fine, or were they feeling what we call the ‘new normal?’

You might ‘feel fine,’ but are you actually healthy? Could you feel better? Can you stop the future health conditions that you now are considering inevitable?

Are your really doomed to your ‘genetics’ or is the change just so hard that it’s actually wishful thinking that you can’t do anything about it? 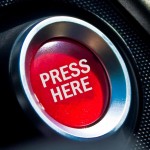