Healthy food isn’t necessarily boring, but we can get caught in a rut.

Often, we focus too much on foods that are traditionally, but incorrectly, assumed to be the healthiest, while passing over perfect healthy, and delicious alternatives.

As healthy eaters, there’s no denying that we eat some delicious food, and I think it’s clear by now that healthy food doesn’t have to be spartan, bland, and tasteless. Still, you can still find yourself eating on repeat, and that, like a skipping record, gets old fast.

While you might still find these healthy foods tasty, sometimes you need alternatives, so here we go. 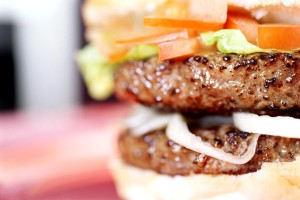 Just eat regular burgers. Turkey is healthy, but it became popular as a health food because people thought red meat wasn’t healthy. It is, so EAT BEEF. If you eat turkey patties because of their low levels of fat, look at the label again; most are just as fatty as that 80/20 beef you’re so afraid of! Animal fat isn’t bad for you, contrary to modern day mythology, and turkey fat isn’t better for you than beef fat to begin with. Eat turkey or beef. Whatever floats your boat.

Sure chicken is healthy, and I encourage you to mix up the meats, but don’t look to ground chicken because it’s healthier than beef or pork; it’s not. First of all, unless it’s labeled as lean or low fat, it’s mostly dark meat. That’s not bad, but don’t kid yourself. You’re eating bland ground chicken tacos that simply don’t taste as good as ground beef tacos, and you’re probably not saving any calories YET enjoying your meal less. Eat chicken if you like it, but GO AHEAD AND USE GROUND PORK, TURKEY, LAMB, OR BEEF in your ground meat recipes. Each is healthy in it’s own right.

Another relic of the low fat era. See you later, 90s! if you enjoy them, eat them. I’ll admit that I LOVE chicken breast in a stir fry, but in other dishes, I like something more moist and flavorful and less dry and chewy. Still, they are the most popular “part” in America. But, I suggest you EAT THE DARK MEAT! Did you know that countries like Russia import all the legs and thighs that we don’t eat here in America. Hey, we didn’t win the Cold War to have them steal our best parts! 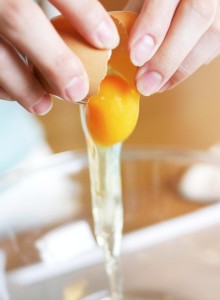 The only reason to eat just the egg white is because you plan to use the yolk to make hollandaise sauce, later. But seriously, what year is this? 1980? Unless you’ve been living under a rock, you know that the WHOLE egg has been proven to be safe, healthy, and full of vital nutrients, while the white is primarily just a dab of protein, and otherwise scarcely nutritious. EAT THE WHOLE EGG! The yolk is a treasure trove of nutrition and must not be squandered! That cholesterol thing? Another myth that won’t die. Dietary cholesterol does nothing to elevate blood cholesterol unless you have a rare condition. Do you? I didn’t think so.

Oatmeal gets old. Personally, I don’t find it satisfying unless I eat at least FOUR whole servings, and that’s too many calories to waste on starches in the morning. Why do you have to eat oatmeal – or cereal for that matter – for breakfast? We often eat lunch foods at dinner, and dinner foods at lunch, so just ignore this breakfast convention and EAT LUNCH OR DINNER FOODS FOR BREAKFAST. Breakfast is a great time to have leftovers, either as-is or stirred into an omelet or scramble. Yeah, I know those are breakfast foods, but baby steps.

I love this stuff, but people often ask me “what else can I add to it to change things up?” The follow up conversation often shows me that they are stirring in all sorts of things to cover up the taste of the Greek yogurt. Why? They don’t like Greek yogurt. Is it healthy? Sure, but it’s only healthy if you’re looking for a dose of milk protein and some yogurt bacteria. Is that why you are eating the Greek yogurt? If it’s just for convenience, then skip it, because there’s nothing magic about Greek yogurt; EAT SOMETHING ELSE! I prefer some leftover meat or some cheese; something I can chew is more satisfying to me, but your mileage may vary. Just don’t get hung up on needing this stuff, because you don’t.

String cheese is bland, but satisfying. The fact that it’s individually wrapped and portion controlled is its main selling point. The fact that you can pull it into strings doesn’t seem to be a big selling factor to many people any more. I don’ t know, I don’t see people eating it by the string in the office, but if you do, live it up. Or, EAT BETTER CHEESE! You can save money and change things up by buying ANY cheese, cutting it into 1oz portions and slipping it into containers or zipper bags. I love pepper jack, and it’s available for less than half the price of string cheese and far tastier. Some markets have it individually portioned, but there goes the $$ savings. C’est la vie. 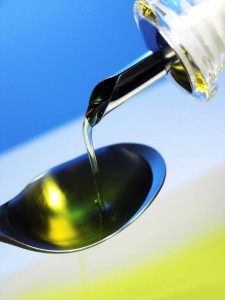 Good stuff, but I’m not a huge fan of the taste, and I’ve tasted a lot of them. I enjoy it about once a week, but other than that, I go oil-less on my salads.  If you really need an oil for your dressing, turn to light olive oil, which is light in taste, but still has most of the healthful qualities of the oil. Bonus, it’s also tasteless for sautéing veggies and meat. Did you know some people trim the fat off their meat, and then add olive oil to their meal because they know they need fat? Most animal fat has about the same percentage of the healthy monounsaturated fat that olive oil has, anyway! ENJOY YOUR MARBLED STEAK!

If you make burgers with 97% lean meat, you’ll have one dry burger. 80% OR 70% IS BETTER FOR BURGERS! A lot of the fat does render off, but the fat in the meat also helps it contain moisture when cooking, and it’s healthy, remember? If you must go with lean meat, salt it BEFORE cooking, form the patties, then let them sit in the fridge for an hour or two. You know how brining a turkey keeps it moist? Same magic, just with a burger. By the way, this also works with meatballs and meatloaf.

The leanest cut of pork, but also a little boring after you’ve had it a million times. INSTEAD, HAVE A DELICIOUS PORK ROAST! Pork butt, shoulder, or blade roasts can save you plenty of cash, as the price per pound is usually about half of the price of tenderloin. Put it in the slow cooker, cover ¾ with water, toss in some whole garlic cloves, and sliced up onion, a tablespoon each of ground cumin, paprika, and dried oregano, plus 2 teaspoons of salt. Put it on ‘low’ all day, or ‘high’ for a few hours. When it’s done, remove it from the liquid and let it sit for 20 minutes before slicing it up and serving. Tomorrow, use the leftovers to make tacos!

Many of the traditional ‘health foods’ certainly are healthy, but by focusing strictly on these, you leave foods that are just as healthy, or even healthier, on the table.

Healthy foods like beef, bacon, and animal fat get a bad bad rap, and are often passed over in favor of foods like ground chicken, turkey sausage, egg whites, and olive oil. These are all still healthy, but when that’s all you eat, they tend to get old.

Health food mythology really lingers, and as a result people avoid perfectly healthy, delicious, real foods because of the perception that they are bad for us – real foods rarely are.

3 thoughts on “Tired of your health foods?”