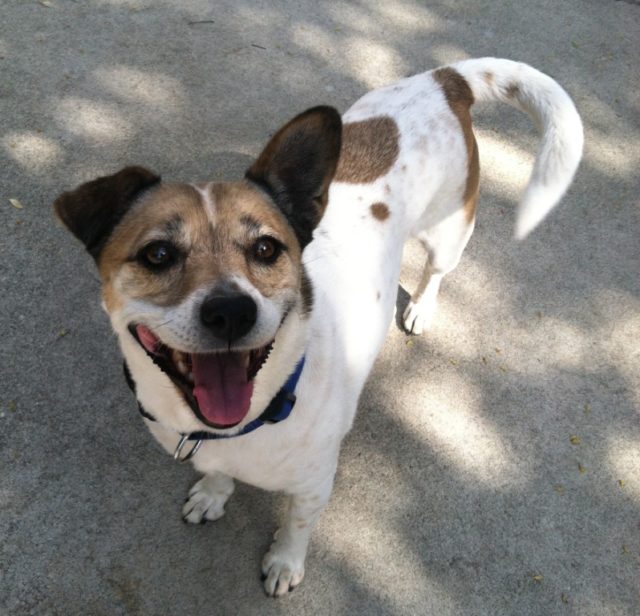 I’m not an animal, I’m a human being

Is there really a downside to being human? Sure, we have to go to work, take out the garbage, and put the toilet seat down (or up), but that’s a small price to pay for all the fun and interesting things we get to do, like invent stuff, fall in love, race cars, vacation around the world, and argue on the Internet. We humans are in control of our lives to a large degree. We are conscious, and we make our own decisions! That’s really awesome.

Yes, we’ve grown beyond reacting to our instincts, and now get to use our rational minds to control our destiny in ways that our animal friends can’t. We can grow our own food, invent things to eat that our ancestors never dreamed of, and concoct medicines that try to fix all of our ailments. All good stuff, right?

Unfortunately, free will and inventiveness do not always lead to good things… Today’s ‘mom jeans’ and the popular hairstyles from the ‘80s clearly show that we don’t always make the best decisions. It’s also pretty clear that it can take a while to realize our mistakes, and it’s not just fashion where we blow it; one of the most glaring areas of opportunity is in fitness and nutrition.

We are in the midst of an obesity epidemic that is 100% our own making – even if it’s not on purpose –  and we’re just starting to realize that our attempts to make life easier and tastier might be to blame.

Machines, computers, and modern day jobs leave us less active. Modern foods have been engineered to be tasty, cheap, and plentiful, and provide a lot more calories than most of us need to be eating today, considering our mostly sedentary lives.

As a result, we get fat, weak, and sick, and end up less healthy than our ancestors.

We don’t have to compare today to 110 years ago, either; our lifespans continue to increase year over year (Arias E. United States life tables, 2008. National Vital Statistics Reports; vol 61 no 3. Hyattsville, MD: NCHS 2012.), but how healthy are those last years?

There are arguments to be made that living longer gives us the chance to experience diseases and conditions that we would not have contracted in previous, shorter lived generations, but there are also those who believe that many of the ‘diseases of age’ are preventable, to some degree or another. Still, healthy or sick, we are living longer than ever before, thanks to a medical community that struggles to fight off these plagues that we bring on ourselves rather than stop them before they start.

So what happened? Are we no longer listening to (or even hearing) our instincts? Do our instincts conspire against us?

No, we hear and we listen, but the same instincts that have helped us survive through famine, plague, and drought are the same ones that now work against our health and waistlines. Our bodies are designed to prepare for the worst, and in anticipation of the worst (like starvation), they take every opportunity to store fat for an emergency. Fortunately, in our modern world, it’s rare to be subjected to famine. Unfortunately, our bodies don’t know that, so they instinctively prepare for the famine that never comes.

So, why weren’t our ancestors as fat as we are today?

Easy calories, like cakes, breads, fast food, candies, packaged foods, and ice cream weren’t nearly as easy to come by as they are today. In fact, long ago, only the wealthy were overweight, but we’ve made empty calories so inexpensive that anyone can be fat, today. Go equality!

Our bodies know easy calories, and condition our minds (via our instincts) to recognize them. When we see, smell, and taste them, we instinctively eat as much of them as we can, merely to store the energy (as fat) for later, rich or poor, famine or no famine.

Because our instincts lead us to tasty foods (because they know that’s what stores fat and keeps us alive), that’s what we buy. Because we buy them, food manufacturers make them. Once the big food companies figured out that they can fine tune the taste to make you buy more and more, things really got going!

Today, we eat foods that that are made, produced, and manufactured instead of merely grown, raised, and prepared; food manufacturers have made them tastier and tastier over time, because that’s what ‘we’ demand!

We’re often told to listen to our instincts, but today our instincts are failing us. We are hoarding easy calories for a famine that’s never going to come. We are solving a problem that doesn’t need solving, and in the process, creating a whole new series of problems.

Make no mistake; it’s all us. It’s all our doing, but we can also make it right.

“Be a good animal, true to your animal instincts.” – DH Lawrence

We are not the only ones with instincts. Animals also have instincts. Our planet is filled with an uncountable number of animal species, and each has its own instincts based on driving the behaviors designed to keep it alive and thriving.

In the wild, unless some natural disaster – or worse, mankind – has messed up the environment, animals thrive on instinct alone. They eat, sleep, mate, and raise their young to do the same. Success!

There’s a growing trend in the pet world to feed our animal loved ones the foods that they are meant to eat. In the case of cats, which are carnivores, the goal is to get them to eat mostly meat, and raw meat at that. Dogs are more omnivorous, but most modern day vets and pet owners are coming to realize that dogs aren’t meant to eat processed food made of corn, wheat, and soy; ‘dogs’ in the wild eat meat and vegetation, not grains and legumes.

Animals can suffer from some of the same diseases of lifestyle that we can. My friend Lisa Wolfe, at Pasadena’s Miracle Fitness, has a wonderful, playful dog, named Annie. Annie is fairly old, and had long suffered from the arthritis of ‘age,’ like so many humans do; and for years, Annie wasn’t playful at all. After Lisa replaced Annie’s ‘healthy,’ high-end commercial dog food diet with one that eliminated grains, weird byproducts, and fillers, suddenly Annie runs around and plays like dogs years younger. 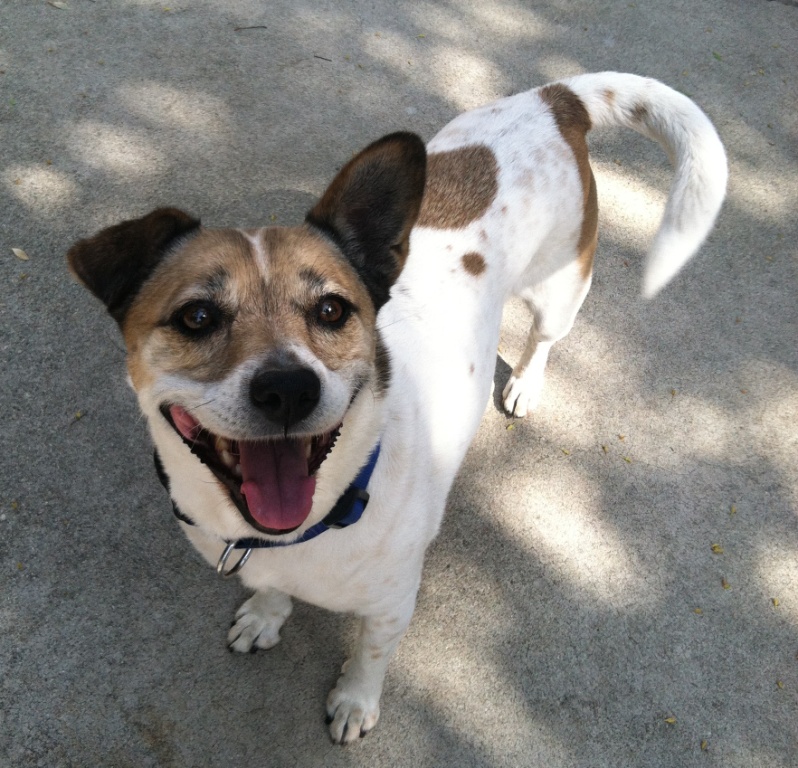 If you spend any time on Facebook, you have undoubtedly noticed that people love to share everything about their pets. People love animals, and they love their pets, and I don’t blame them, but aside from dressing them up in little outfits and treating them as well as children, how far does it go?

The other day, we were at a high-end boutique grocery store, and try as we might, we couldn’t find foods that weren’t processed, boxed, and filled with questionable ingredients. Not only that, but the produce was poor quality, and the ‘natural food section’ wasn’t natural at all.

As we were checking out, I spied a rack of gourmet canned goods; things like venison chili and bison stew. I walked over to the shelf, where I read the sign that said all the right things; all natural, organic, humanely raised, and more. Even better, the ingredients lists were perfect, not a bad ingredient in them.

It was dog food.

The dog food in this high-end store for people was better quality than anything I’d seen while specifically looking for healthy people food.

Yep, we love our pets, so we love to feed them right. What does that say about how we love ourselves?

Gorillas in the midst 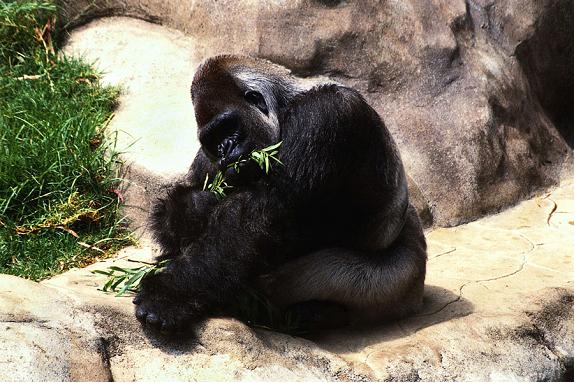 Zookeepers are now finding that animals thrive when fed the foods that their wild counterparts are eating instead of industrialized animal foods, which coincidentally are often produced by the very same manufacturers that produce mass-market pet foods.

Writer/blogger, John Durant (hunter-gatherer.com) turned me on to this great story, which I found particularly telling…

In 2005, a 21-year-old gorilla died of heart failure (heart disease is the number one cause of death for captive male gorillas, by the way), and prompted researchers to reexamine the lifestyles and diets of the gorillas in our nation’s zoos.

At the Cleveland Zoo, they started feeding the gorillas “food such as romaine lettuce, dandelion greens, endives, alfalfa, green beans, flax seeds, and even tree branches which they strip of bark and leaves. To top it off, they give the gorillas three Centrum Silver multivitamins inside half a banana,” writes David A Gabel, reporter for Environmental News Network.

As a result, the gorillas are eating more food and more calories, yet they are slimming down and starting to look more like their wild brothers and sisters.

“We’re just recognizing that surviving on a diet and being healthy on a diet are different. We’ve raised our standards and are asking, are they in the best condition to not only survive but to thrive?” says Kristen Lukas, adjunct assistant professor of biology, Case Western Reserve, chair of the Gorilla Species Survival Plan®.

For this story and a great video, see the original article at enn.com/wildlife/article/42383

The downside to being human

I know, you’re not an animal; you’re much more evolved, and you have free will. You have the choice to eat as you want, while our domesticated and captive animals only eat what we provide them. As you can see by the dog and gorilla stories, above, when we provide animals their ‘species-specific diets,’ they thrive. When we don’t, they don’t.

Dogs and cats love their treats, just like we love ours, and if they had free will (plus opposable thumbs and money), they might rebel like your teenager and buy their own junk food (just to spite you, also like your teenage daughter). Your dog, eating his unhealthy treats, would continue to live a life full of aches and pains, and be overweight and diabetic, because, as an animal, he doesn’t know any better, …but shouldn’t you?

This is an excerpt from our book, “The Real Food Reset,”

We hope you enjoyed the chapter we’ve called The downside of being human.”

You can continue the story and your own journey to great health in the Amazon Bestseller “The Real Food Reset.”

Buy at Your Favorite Store 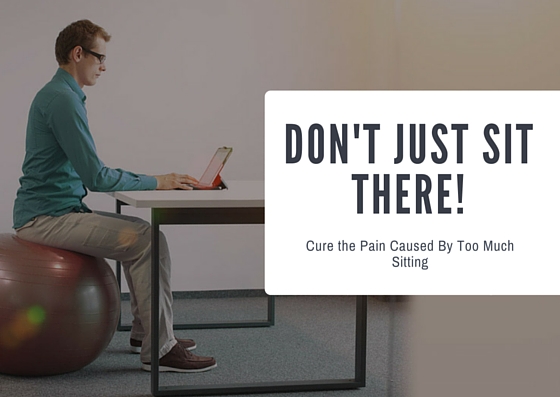