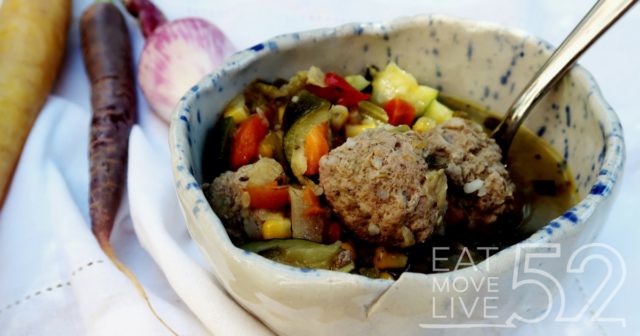 If you’re looking for a great “real food,” primal, or paleo meatball soup recipe, look no further. You’ve found it!

Last night I made my favorite albondigas soup, which is a Mexican-style, paleo meatball soup. It’s filled with plenty of meatballs, and tons of veggies. We’re not paleo purists around here, but if you are, know that the corn and rice are optional. This is a pretty good albondigas soup recipe, corn or no corn, rice or no rice.

Meatballs are one of my favorite foods to cook and eat, and cooking them right in the soup is one of the easiest ways to make them. They are simple, versatile, and everyone in my family loves them. Meatballs also make great leftovers and can be eaten hot or cold. I like to simmer plenty of extras, then fish them out to save for tomorrow’s lunch!

You can make these meatballs out of beef or a mixture of any two meats, like pork, turkey, or lamb. The meatballs pictured used pork and beef.

Note that I list ground spices in the recipe, but I prefer to start with whole spices and grind them myself using an old coffee grinder or my mortar and pestle, but pre-ground works if that’s what you have. Also, many people don’t know that whole allspice is a dried berry. It looks like a giant black peppercorn. 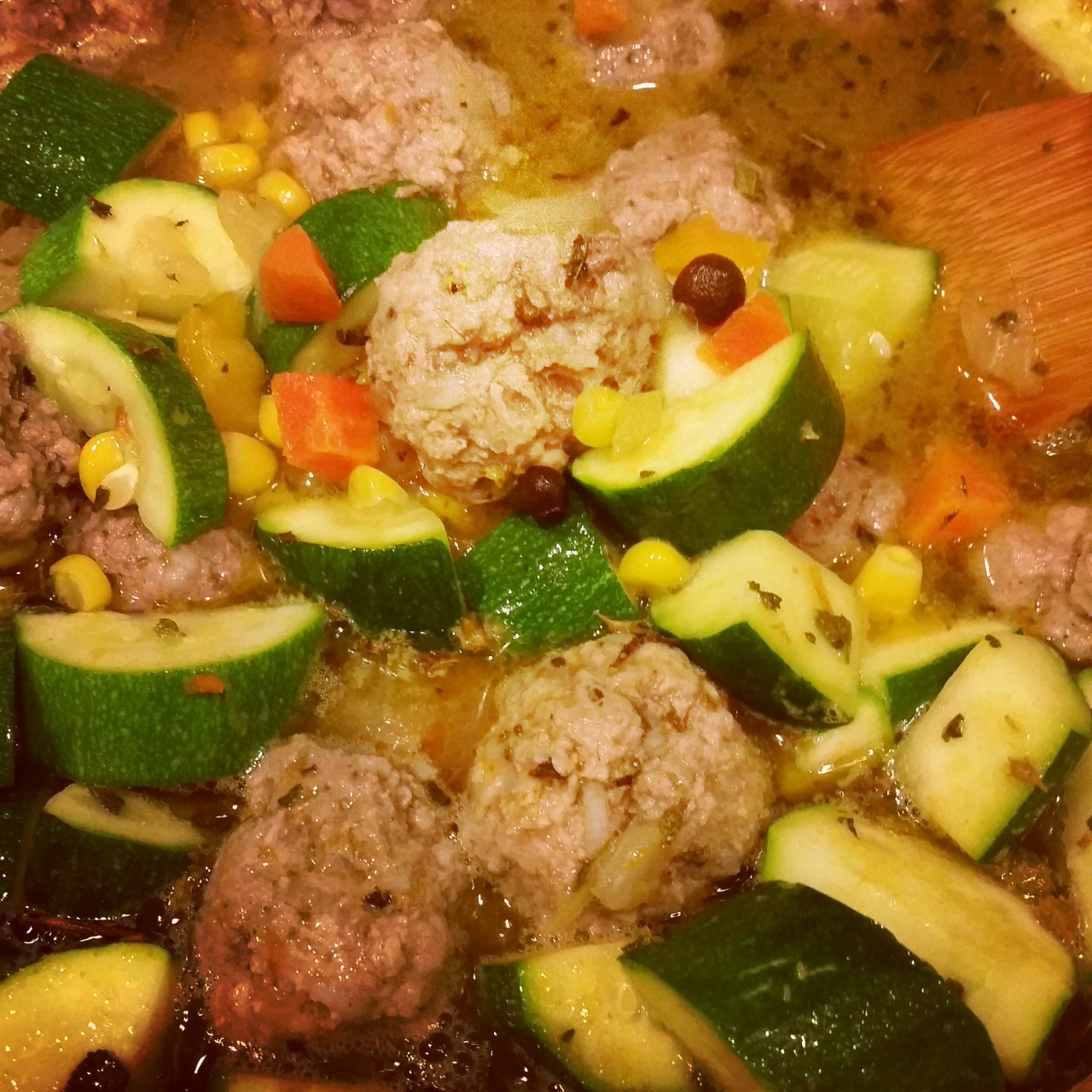 Gently and evenly combine the ground meat, the spices, salt, pepper, and the rice. Try not to over-kneed, but don’t  sweat it too  much.

Roll out approximately thirty-two 1 ounce meatballs. I used a food scale because I care. Set the meatballs aside.

Add olive oil or fat to a large heavy pot with a cover. Heat to medium-high, and sauté the onion, carrots, and celery until soft. Approximately five minutes.

Add the chopped garlic and sauté until fragrant. About two minutes. Be careful not to scorch the garlic. Add the chicken broth to the pot to stop the cooking.

Add the whole, dried allspice berries and salt to the broth, salting to taste.

Gently add the meatballs and zucchini to the broth, and bring the pot to a simmer. Gently submerge the meatballs and squash so they can circulate freely while cooking. Allow to simmer for approximately 20 minutes until the meatballs are cooked, and the zucchini is tender. Stir in the corn or hominy if you’re using it.

Rub the oregano between your hands over the pot and gently stir in. It’s done!

Distribute to bowls and serve!

Sure, leave out the corn if you need to, and if you’re old-school paleo, ditch the rice. For most people, corn isn’t really a problem, especially in small doses. Rice, even less so.