If you’ve never had pho, you’re missing out. Pho is a brothy soup from Vietnam, typically made with bone broth that’s been slow-simmered with lots of aromatics and spices,  Traditionally, it’s poured over naturally gluten-free rice noodles, then topped with any leftover proteins and plenty of fresh vegetables.

Time to make some fast, healthy, pho-inspired soup at home!

Between driving, ordering, waiting, and coming back we are looking at at least an hour and a half. That’s about 3 times as long as a delicious homemade pho takes, so we have been making it ourselves.

A couple of years ago, in the midst of a bout  of bone broth madness, we were making way more than we could freeze, much less eat. Once, I spiced up a batch with cinnamon, anise, and cloves when it hit me – it smelled like pho!

Ever since that day, Roland and I have made pho-inspired soups regularly.

I posted a picture of our latest batch on Instagram the other day, and since so many requested the recipe, here it is!

Note – This recipe assumes you have already have a batch of meaty bone broth and some slow-cooked or leftover meat (or even a rotisserie chicken) reserved for today’s meal.

If you’re interested in making your own broth, our latest book, Eat Well, Move Well, Live Well has a chapter dedicated to making and enjoying your own bone broth at home.

In a large pot, bring everything to boil and let it simmer on low for about 30 minutes (if you have time, you can let it go longer).

You will be using the slow-cooked beef from your broth recipe, but if you don’t have enough (or any) slow cooked meat, some shredded rotisserie chicken would also be great.

Chop the veggies in large bite sizes – carrots in strips or thin disks, celery in disks and broccoli or bok choy into bite-size pieces. Slice the cabbage thinly.

While the broth is simmering with the spices, bring a large pot of water to a boil and immerse all the veggies for 3-4 minutes. Take out and place on the side.

If you are making rice noodles, now is the time to cook them according the package directions.

Place the hot broth in bowls (strain any stray spices away)

Making this fast, healthy, pho-inspired soup is easy, but we always try to make enough for tomorrow, then put the leftovers in jars to take to work! 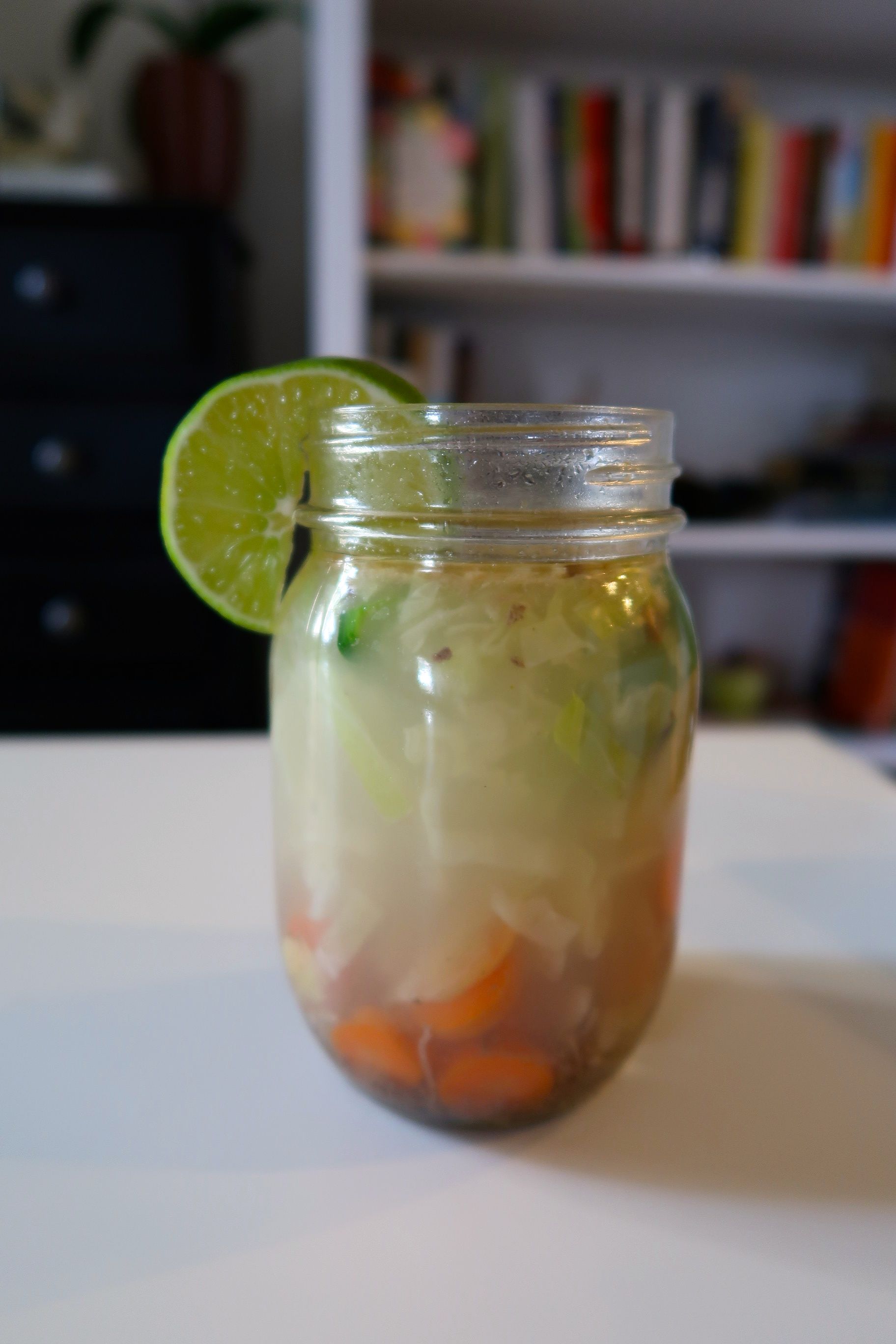 If you want to go super authentic with your pho, check out this recipe and write up from our friend Kenji Lopez-Alt at Serious Eats!

The Food Lab: How To Make Traditional Vietnamese Pho

Whether you go with the spirit of pho or get all authentic on yourself, enjoy, and let us know what you think!